Science, Technology, Engineering and Math (STEM) jobs are among the most demanded and highest paid out there. In the US, engineering and computing careers earn almost twice as much as the national average. The same is true in India, where graduates from Indian Institutes of Technology earn more than twice as much as their counterparts. In the interests of promoting equality (as gender bias exists even today), one would hope that women receive an equal share of these high paying jobs. This is the 21st century after all! Consequently, there have been countless campaigns and efforts from numerous organizations over the past few years. But still, there is a significant shortage of women in STEM fields. 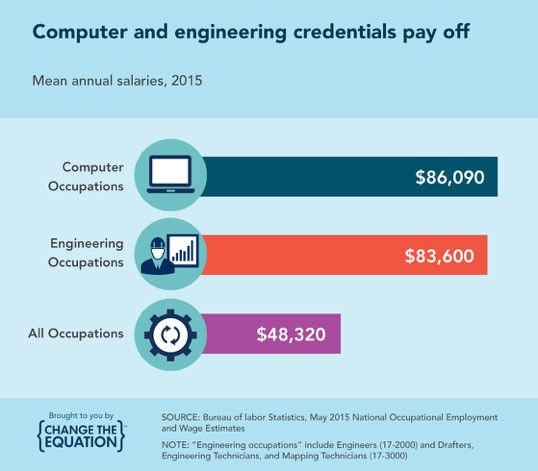 This is not because girls underachieve in STEM subjects compared with boys, in fact, the opposite is often true. A few years ago there was a huge study carried out by the Organisation for Economic Cooperation and Development (OECD) which tested 15-year-olds in science across 65 countries.

Overall, girls outperformed boys in science, especially in Asia, Eastern & Southern Europe, and the Middle East. However, boys had a moderate lead over girls in Western Europe and the US. 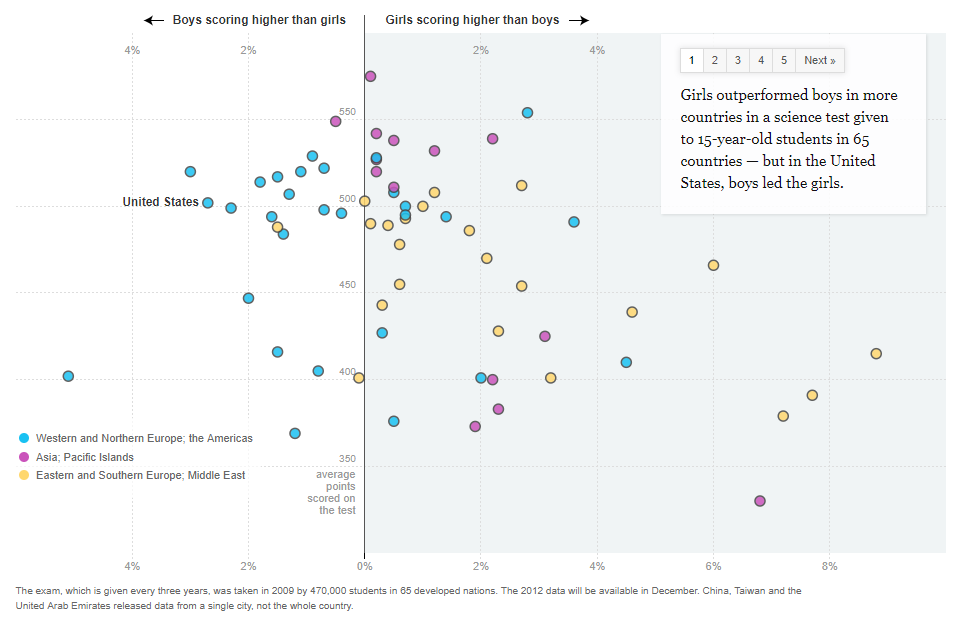 If Boys aren’t Better than Girls at Math & Science, What’s the Cause?

This might be the 21st century, but age-old stereotypes are still alive and strong. Recent research shows it is rather society’s belief men and women have differences in ability, rather than actual differences that cause the divide. The research by the OECD in the US also supports this idea. The organization found that gender stereotypes about science being a ‘boys subject,’ can set in as early as 4 years old!

Further studies also point to the problem being driven by stereotyping, with the belief that maths is a boys’ subject setting in as early as second grade. The study also found that boys identify with math more strongly from an earlier age. Which likely gives them more confidence in the subject as a result!

That said, the perception and confidence of kids toward STEM subjects is only half the problem. Another often overlooked factor is the confidence teachers have when it comes to encouraging girls to enter STEM. Research by Change the Equation found that only 30% of elementary teachers feel they can encourage girls for science. 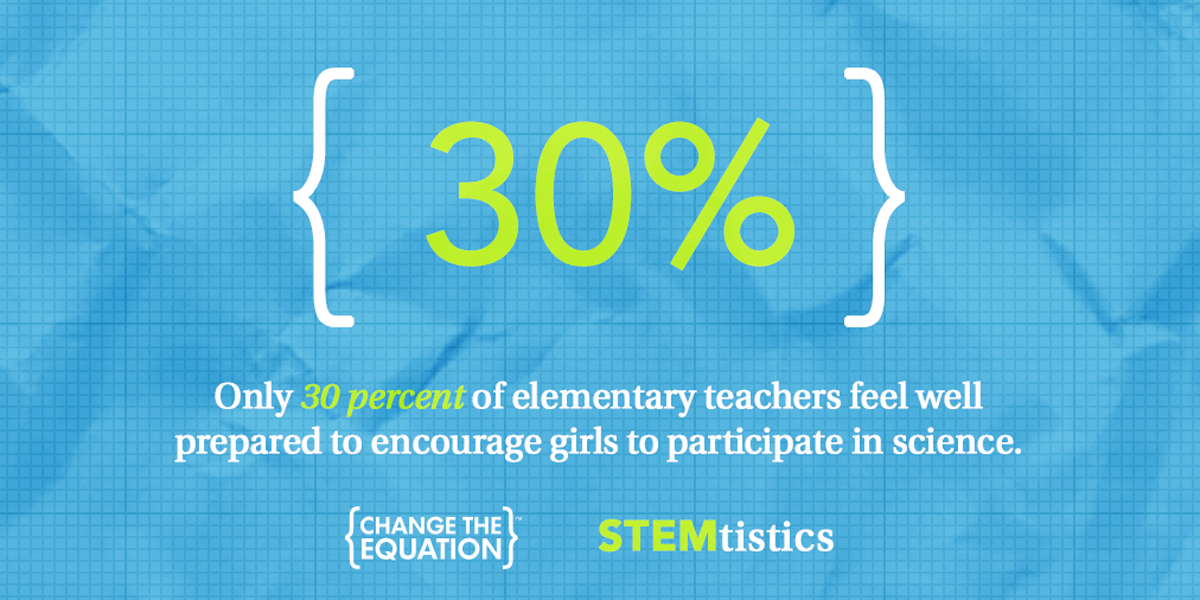 The responsibility to encourage girls to take part in STEM subjects also lies with the parents. As it has also been shown that girls are twice as likely to stick with STEM when encouraged to do so by their parents.

What Role Do Toys Play?

People often underestimate the importance of the role that toys play in a child’s upbringing. It’s about so much more than just entertainment! Toys are an essential part of social and cognitive development in children.

Furthermore, since gender stereotypes about some subjects set in so early, the toys kids play with can be very influential. Also, there could be a part of the solution toward changing STEM perceptions. And this is providing girls with toys that break the constraints of gender-based toys like dolls.

Fortunately, the movement toward getting more girls into STEM has resulted in an explosion of STEM toys for girls. Hence, more toymakers now are marketing to both genders. Moreover, many of them are designing specific kits for girls to learn engineering, coding, and science.

The Companies in The Field

One such toy maker is Anki, a robotics company with a mission to bring AI and advanced robotics into everyday households. Their hugely popular robot Cozmo (picture above) is an innovative kit designed to teach kids how to code. Through the Cozmo Software Development Kit (SDK) kids and adults alike can create their own custom software for the robot!

Another popular kit is Roominate, founded by two engineering graduates from Stanford University. The pair felt that there was a distinct lack of construction toys for girls. Consequently, they designed Roominate to inspire ‘the next generation of innovators.’ Girls can create their own fully customizable houses and structures, which is great for laying the foundations for engineering concepts.

And this is really just a taste for what there is out there! For more information, check out this review of STEM toys for girls to learn engineering, coding, and robotics.

The shortage of women and girls entering STEM professions is a complex problem. The causes of which are heavily entrenched in our culture and society. However, due to the efforts of committed organizations around the globe, this is steadily changing! Combined with parents and teachers encouraging girls to pursue STEM careers, we may finally be on track for women to become properly represented in the fields of Science, Technology, Engineering, and Math.

William Asbury is the founder of STEMtoyexpert, an educational resource designed to improve STEM learning and awareness for all age groups.

William Asbury is the founder of STEMtoyexpert, an educational resource designed to improve STEM learning and awareness ...more

William Asbury is the founder of STEMtoyexpert, an educational resource designed to improve STEM learning and awareness for all age groups. He is passionate about the positive impact technology can have on education and is an advocate for an evidence-based approach to learning. less

×
Page Title : The Shortage of Women in STEM and What Can Be Done to Fix It